A Trip Down the Memory Lane – Iowa Roofing Company

Iowa Roofing Company has been servicing Greater Des Moines, Iowa since 1920. Specializing in commercial roofing, the company has stood the test of time and become a favorite for many. The company is locally owned and operated to offer services relevant to the local commercial property business owners and homeowners alike. A trip down memory lane shows all the progress that has been made and some of the major hurdles the company has overcome to become what it is today.

The early 1930s were quite different, although the approach is still used today for small jobs. For instance, roof materials were put on top of steep- and low-sloped wood roof decks. Flat roofs were made of organic rag felts and the glue for laminating the sheets together was made of out coal tar pitch. Kerosene would be used as the fuel to heat the coal tar in a kettle to facilitate the process. Gravel surfacing or slag would then be used as a cover, with a hand-powered pulley wheel and beam system being the only equipment for the job. 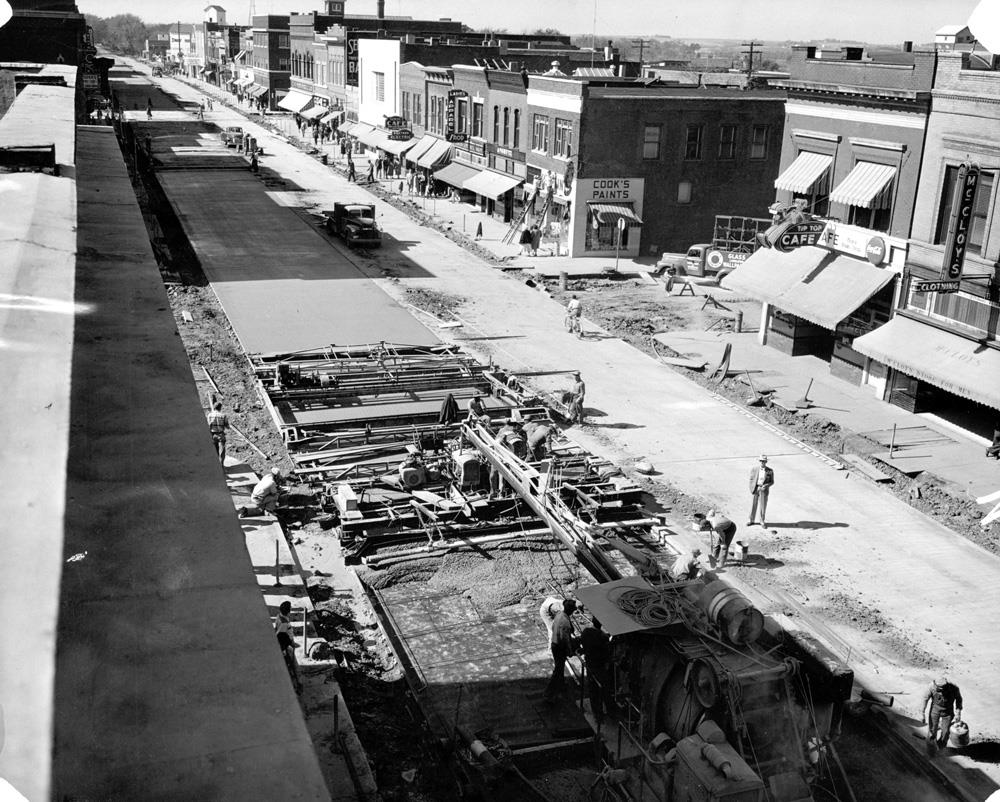 The 1940’s
The 1940s did not see much development in the roofing industry. America was at war, resources were needed for the war effort, jobs were scarce and technological development was slow. Coal tar pitch continued to be used as the roof system in the era, with the roof systems being made from the materials readily available at the time. However, the slow-paced era prepared the industry for some major improvements in the coming decade.

The 1950’s
The 1950s saw some major development in approaches to the roofing systems and the materials used. New construction methods were introduced, and new types of roof decking and dead level roof systems became more common. Roof insulation overlay approaches with gypsum and metal roof decking were widely adopted in the market as a cost-effective way of construction. However, the insulation methods used back then were of a low performance as they used materials such as wood fiber and vermiculite. To further reduce the cost, paper pulp material replaced rag felt content while bitumen used for waterproofing and inter-ply adhesion reduced in quality. 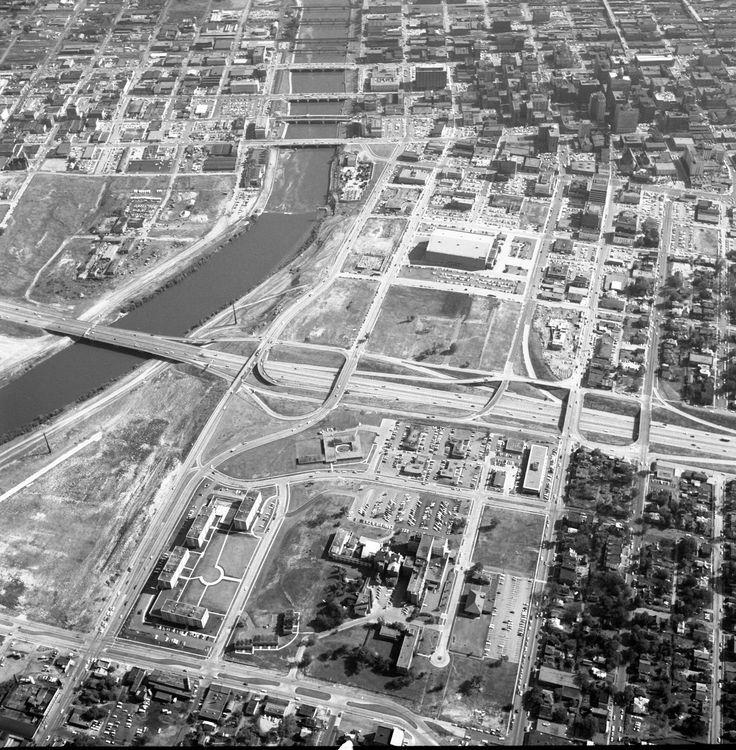 The 1960’s
Several changes were made in the roofing mechanism, the main one being the use of three or four ply of asphalt with paper felts as the normal roof system. This could come with either gravel or asphalt surfacing. In most roof systems, wood fiber insulation and Perlite (a naturally occurring volcanic rock) became the norm. At the same time, HVAC units mounted on the roofs, expansion joints, and interior roof drains became more popular. Roofs made during this period would last for about 20 years as more innovations crept into the industry.

The 1970’s
The 1970s was an interesting decade for Iowa Roofing Company and the local construction industry, as more roof systems emerged. For instance, 1974 saw the addition of oil embargo push for an alternative to oil-based bitumen roofing. Around the same period, the US government banned the use of asbestos roof systems and fiberglass. The outcomes included Thermoplastics, EPDM, and Modified Bitumen that had higher R-value insulation in the effort to conserve natural resources. During the same period, tapered insulation emerged as a solution to problems associated with dead-level roof systems. 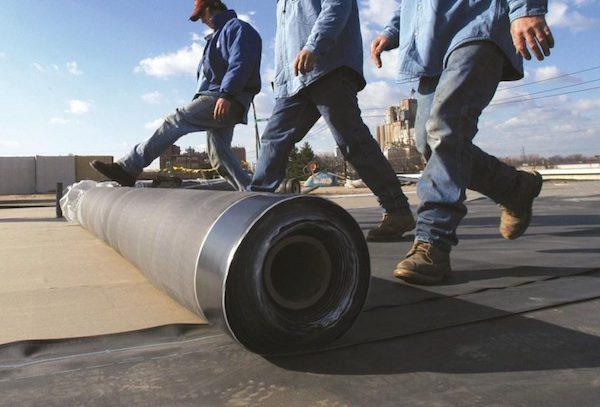 The 1980’s
The 1980s was a tough decade as inflation took a toll on contractors. As many contractors struggled to stay afloat, roofing over existing systems became common even though the approach reduced the roof life. The period saw many large rubber-roofing manufacturers increasing their warranties, continued improvement in the quality of roofing products and methods of installation, and increased popularity in aesthetics. The U.S. government increased its involvement in the construction industry regulations through agencies such as EPA, DOT, and OSHA. More laws were introduced to protect the customers, construction workers, and conserve the environment. During the same period, many villages and cities started to require contractors to abide by building codes, Iowa Roofing Company embraced and became practiced with these sweeping new regulations.

The 1990’s
As a continuation of the previous decade, the 1990s saw roofing materials and specifications from manufacturers improve. New concepts such as ballasted, single ply systems, fully adhered to mechanically attached became popular in the market. The insulation R-value increased even further to a new value of 20. The new roof systems had more penetrations to the top, including exhaust systems, satellite dishes, plumbing pipes and roof drains, HVAC units, expansion joints, roof deck pavers, grease traps, green roofs, and observation decks. 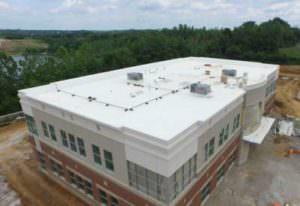 The 2000’s
The 2000s was another interesting period for Iowa Roofing Company, especially with all the excitement of the new millennium. With years of experience, contractors and manufacturers continued to deliver on quality, as more customers were satisfied with the readily available materials. More cost-effective approaches were implemented, and companies in the construction industry grew tremendously.

The 2010’s
The 2010s was a continuation of all the roofing works done from the early 1920s. Iowa Roofing Company had already cemented its position in the market and established itself as a leader in commercial roofing. By engaging in both small and larger projects, this period also saw massive growth in the industry. To continue its growth the company staring providing superior residential roofing repairs and replacement, not focusing on the typical storm chasing types. Residential customers were more specific on their needs, and the conditions in the market allow these needs to be met. 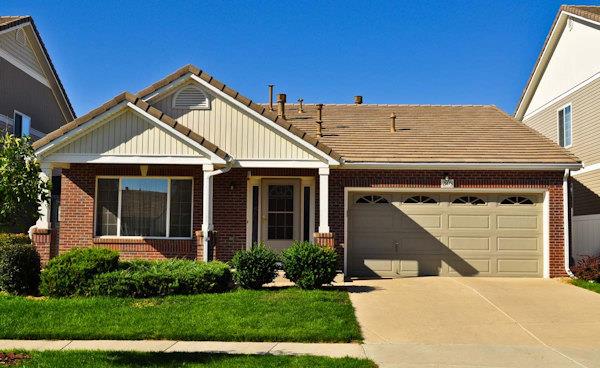 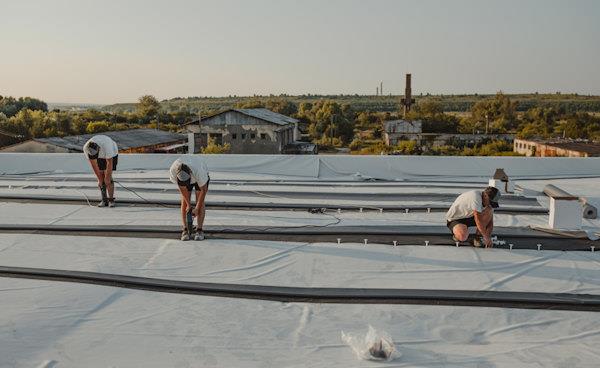 The 2020s represent the new future for Iowa Roofing Company and the entire construction industry. Under the new leadership of Lance Ingle, the company aims to expand its footprint and serve its customers with the same commitment it’s had for over 100 years. With a new vision to provide modern roofing systems, the company will continue standing out among competitors and be a choice among commercial property and residential roofing companies. With the future yet to be fully untapped, a lot can be attained. The company is committed to meeting the needs and aligning industry development with the products and services offered.